The “Local Hero” Emerges as the Future of Cross-Border Retail 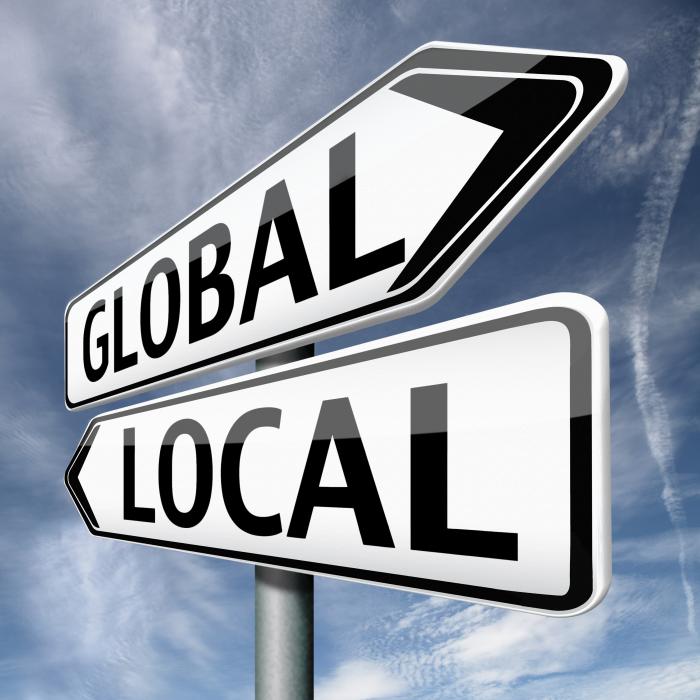 Retail is changing – and international influences are an increasingly impactful driver of the industry’s rapid transformation.  Cross-border ecommerce is one way shoppers around the world are finding cool and unique products; goods and services that allow them to put their dollars (yen, rubles, etc.) where their values are.

Our Q1 ’16 study with the DHL Ecommerce team explored the emergence of some new cross-border commerce concepts.  The executives we interviewed spoke of numerous trends giving rise to these global-native concepts, including

The last trend or focus is still “conceptualizing” if you will. The general idea, however, is that international expansion has been hindered somewhat by well-meaning attempts to “translate” a domestic experience and/or supporting retail process/system into a new language or country.

Kind of an old-school localization flavor that may best be described as “well, here is how we’ve done things in our home market, so let’s just translate it into a new market environment and that should suffice for now.” The newer “Local-first” approach tries to avoid or at least move beyond the idea of localizing a certain experience by simply translating “what works here” in hopes that “it works there.” 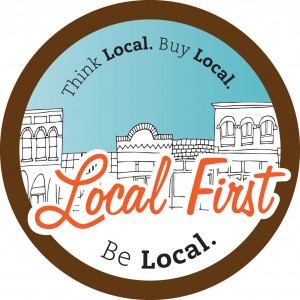 Local-first ideas certainly aren’t new, as shoppers in the U.S. have likely experienced from slogans like the one above or similar campaigns that they probably have seen their favorite local merchant associations roll out in recent years.

In fact, at first blush the idea of a cross-border retail concept espousing local-first ideals seems somewhat at odds with these kinds of local-first campaigns.  After all these promotions stress the importance of supporting neighborhood merchants and store owners who must compete with the Targets and Walmarts and all the other national or global retail chains.

So how to reconcile the forces of globalization and being local? The idea “thinking globally and acting locally” isn’t exactly a new concept or a novel slogan.

Some cross-border ecommerce entrepreneurs we see emerging today believe the two forces are mashing together.  Those with this global/local mindset see opportunities to support local retailers, merchants, artisans and like – whether they live in your town or a distant village half way around the world.

These “Local Heroes” understand that there are inequities in the world that cross-border commerce can help overcome.  Those who are from developing countries grew up seeing how their friends and families could have benefited from better access to popular goods and services that could have enriched their lives in some way, shape or form.

Whether due to tariffs, taxes, protectionism or simply greed, they saw how products that are relatively easy to buy in developed countries were way too expensive to buy in emerging and developing countries – if they were available at all.

But the focus of local hero-driven ecommerce businesses is broader than simply providing their homies with easier and cheaper access to popular goods and global brands. After all, general merchandise marketplaces that are extending their reach into international markets are increasingly addressing this problem.

They see different opportunities; some are focused on outbound cross-border trade flows while others use ecommerce know-how to bring unique goods and services into their homelands.

The exporters are often entrepreneurs that have a connection to the ecommerce ecosystem. In some cases, they are expatriates whose spouse or partner is in the digital commerce tech world.   They are tapping into the opportunity to offer new and unique products to consumers in the developed countries; shoppers that have tired of cookie-cutter retail concepts and products that look and feel the same. Kind of like the slow food movement taking on fast fashion.

They also know that there is growing demand for products that aren’t mass-produced in factories and assembly lines in emerging markets by global conglomerates.  So they focus their positioning on fair trade and green market concepts.  The idea is create strong businesses with global reach that do good.

The local hero theme comes from the idea – or ideal – they can use cross-border ecommerce to better the lives of the people that supply their business with products on a day-to-day basis.

On the import side, there are similar dynamics at play – and shared mindsets.  The main focus is “what can I bring home for my people that will be valued – and a value?”

Instead they are making deals with brands and manufacturers for very specific assortments.  They know their local markets and they know what their peeps want.  So that is where they focus their procurement and merchandising efforts.  And its how they avoid wasting resources and can keep prices down.

The World is Changing

The Local Hero concept isn’t particularly novel; it is the cross-border ecommerce angle that makes it a fresh approach to retail.

What are you guys seeing?

If so, let us know. We’d love to learn more about your business – or your client’s.

So email us – try me at kent.allen@researchtrust.com