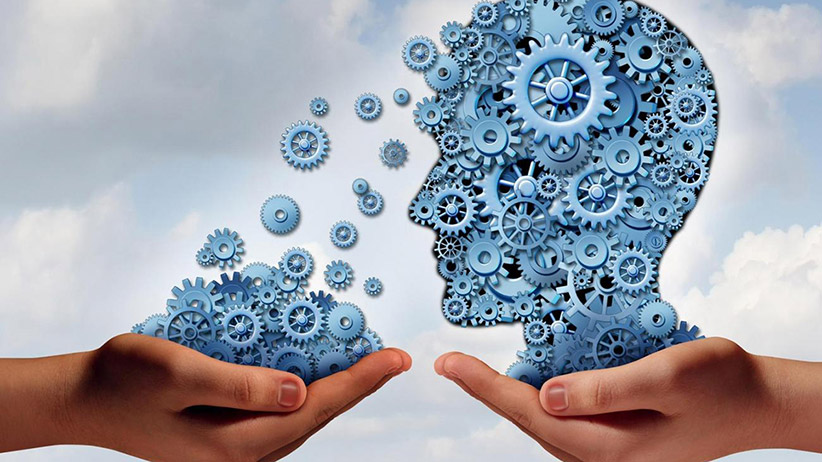 GELF LA ’16 sizzled out of the gate as three global ecommerce leaders looked back, sideways and into the future to share lessons learned from leading top global brands into new markets.

Here are five takeaways for online retailers and brands selling direct-to-consumer via digital commerce touchpoints around the world.

1. “Asia is all about pink – it’s like red lipstick in Texas.” Angela set the tone by reminding everyone why it can feel so difficult to do business in Asia. “It’s a different frame of reference, especially for those who grew up doing international business in European.  In Asia, it’s a big city assault.”

John Perasco from Urban Decay shared his point of view on why having the right market perspective matters. “It’s all about learning the finer points of the market. Distribution and infrastructure are crucial of course, but so is understanding how the aesthetics are different.  Tan is good in west, but white rules in Asia.” Understanding how aesthetics differ is key to not just your marketing and merchandising, but to how you present yourself in the market.

Executives leading brands into new global markets need to understand that consumer preferences are often markedly different in each market. Thus they need to be ready to create a distinctive customer experience in every market.  Something as straightforward as adapting marketing and merchandising to reflect the different body types in a country or region can make a big difference.“There is no obesity in Asia,” Angela pointed out.

Simply put, knowing the customer – and not making assumptions – matters. 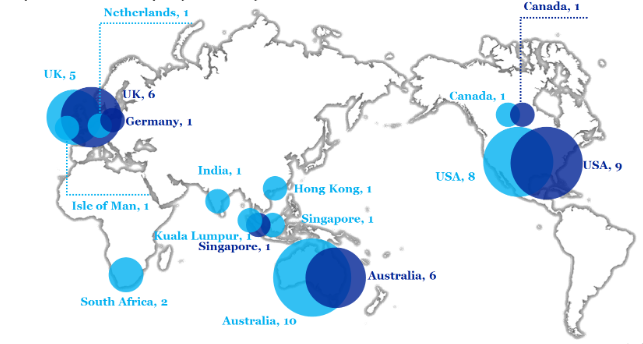 2. “Global markets will tip at different stages.”  Embracing data as a way to prioritize market entry and allocate investment accordingly also matters. The panel focused primarily on how their firms had approached setting up operations in South Korea, Japan and China. They discussed how operational and customer-centric data offers a path to understanding when a brand is – and isn’t – ready ­to tackle a specific market.

Thoryn Stephens spoke to his scientific and analytical background as he explained how American Apparel’s overall brand equity peaked globally in 2009 – and how AA’s brand equity differs markedly among global markets. His market analysis incorporated multiple data streams including demand-side data insights such as analyzing when the right amount of Kpop stars were wearing the American Apparel brand.  “Once it became clear to us that the next market to pop would be South Korea, I reallocated resources to Korea. Now it’s risen to our number three market out of eight key international markets.”

Stephens explained why tracking demand signals matters.  Whereas many brands exploring markets options in Asia-Pacific are drawn to China by sheer numbers, American Apparel followed its own set of numbers and prioritized South Korea.  “So we are following the [South Korea] model and now China is next.”

That didn’t mean the company completely ignored China.  “We actually had a .cn developed four years ago and we learned that Chinese shoppers don’t use direct-to-consumer sites.” When asked if it was worthwhile to develop the .cn site, Stephens said yes because it gave American Apparel a head start with mobile commerce. “They proved to be very mobile-centric so we quickly knew that [the direct site] wouldn’t be the first place they go. And it showed us where the ‘super apps’ were going [and the importance of having] payment, service and marketing alongside search while also offering other value inside a mobile app.” 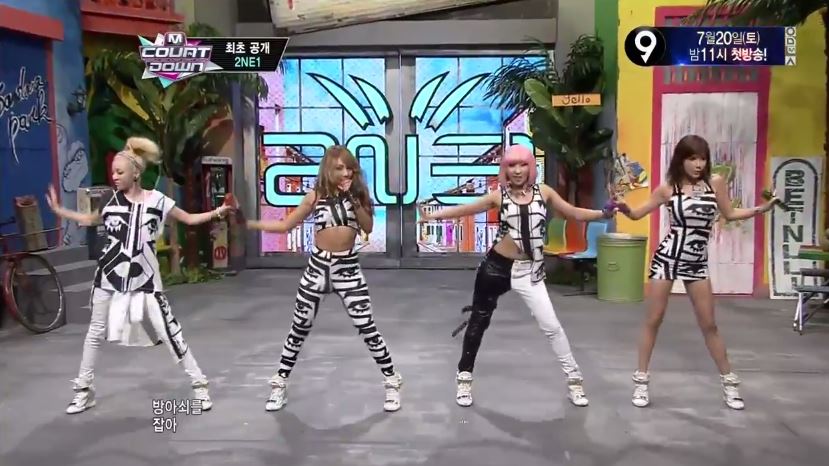 3. “I see omnichannel in the future; the digital and retail experience intersect here.”

As we developed the program for GELF LA ’16 we paused before moving ahead with sessions about global omnichannel. Feeling that omnichannel is still relatively immature in leading markets like the US and the UK, we weren’t sure the time was right to discuss planning for omnichannel fulfillment for cross-border customers.

But the GELF community encouraged us to tackle the topic.  They wanted to discuss whether brands could avoid cross-border ecommerce challenges by 1) fulfilling overseas demand – at least in part – from in-country landed assets and by 2) working more closely with in-country retail distribution partners to serve online shoppers.

The panel gravitated to how omnichannel practices can take advantage of the urban density throughout Asia. Angela pointed out that half of all South Koreans people live in Seoul and that like most Koreans she has been paying via phone in Korea for ten years.

Developing a global omnichannel plan matters because customers want what they want regardless of where they live.

We learned that traditional and new distribution partners will play a growing role as global omnichannel practices evolve. Perasco mentioned that downtown Korea has some of the most highly trafficked stores in the world and that retail partners play an invaluable role in any go to market plan. “Given that the prevalence of department stores in Korea, [our retail partner] Sephora was our foray into the market.”

American Apparel also has a large footprint in Korea. Seeing the future of omnichannel as the intersection of the digital and retail experience, Stephens mentioned that his firm is rebuilding their back-office operations. He added, “innovation also means using more geolocation” citing an example of how geolocation technologies can help target search results.  “Now global searches for a red hoodie will include where to go get one [locally], so we see very much of a synergy between online and offline.” 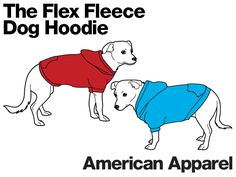 Some Asian shoppers in dense urban zones now expect delivery within an hour from retail stores. “Asians expect overnight and one-to-two days at the most, especially in small countries like Japan and Korea. American Apparel was four to five weeks when I got there,” Stevens admitted. “Now we are at 4 to 5 days, and while that’s not where I’d like to be, it’s better.”

In China, online marketplaces rule. This reality can be tough for many of the brand police out there whose job is to protect brand equity and to make sure that a brand’s promise remains consistent.

Angela pointed out that “thinking through this [Chinese marketplace] challenge is really tough, especially for luxury …. where you are seen is as important as what you sell.”

The fireside panel chat set the tone for a conversation about marketplaces that extended throughout the day. We learned that in addition to traditional marketplaces like eBay and Amazon, online retail brands are connecting with new customers at niche marketplaces that specialize in single categories and other platforms that aggregate eyeballs – like messaging apps. Brands wanting to control the message in these environments have to balance these expectations with the reality that “owning the customer” requires working closely with in-country partners and a lot of patience. 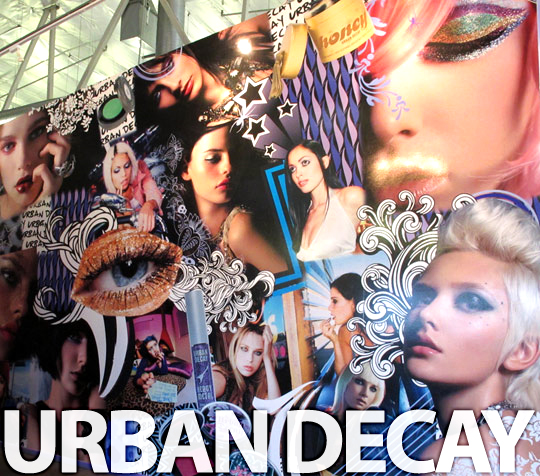 5. “You can’t apply your personal filter to other markets.” The conundrum that many brand police face is that it’s their job to use their well-honed brand filters to make sure consumers around the world understand what the brand’s promise is – and isn’t. Prioritizing what consumers in different international markets value without overusing one’s own personal filter can be a challenge.

Keeping the brand’s message consistent in different markets was another key theme at GELF LA ‘16, one that extended from the morning keynote throughout the day.  To maintain this consistency, many brands are working hard to properly balance content and commerce initiatives as they expand internationally.

Aligning a brand’s message so that it properly reflects the values of a certain market is important the panelists agreed. They pointed out that doing so can also help companies prioritize market entry.

Urban Decay’s Perasco weighed in on how “brand fit” helped his firm prioritize South Korea, widely regarded as the trend setter for Asian consumers. “Although it’s very much about data for Thoryn, but we are a passion-driven company.  Being edgy and different meant Korea was a natural fit for our brand.”

He discussed how the Urban Decay brand had to incorporate the value and tastes of a broader customer base after the acquisition by L’Oreal on 2012. “The initial draw for us was being the hip, edgy brand popular among the well-traveled.  But now others [of L’Oreal’s customers] were into the soft colors and the waters.  So [the new brand challenge] was about doing natural beauty, but in an Urban Decay way. Wendy, our co-founder, has learned how to [make this happen] by completely blowing away the boundaries. We thought we had the perfect assortment, but Korea told us nonono … we need our own assortment.”

So Urban Decay adapted and did what it took to connect with new customers by incorporating new perspectives and taking into account which new filters mattered, a challenge that Perasco described as “finding a way to Urban Decay-ize [a new market] without losing who we are.”

His team also embraced the challenge by working with OSF Global and e-Spirit to build out commerce and content platforms that allowed the brand to keep their brand promise on message while targeting a broader customer base. “Korea is a valuable market and people expect us to be there, so keeping the brand DNA was the challenge.”

Having a global platform that could help the company adapt to the different preferences in other countries has helped drive growth. “In other countries, it’s also been about finding our niche.  France and UK embrace us for who we are … in Korea they like parts of us.”

Thoryn reemphasized the importance of being wary of over-relying on personal filters. “I was speaking in Hong Kong last month and met with Alibaba. The consumer perception of us in China is that we are a luxury brand since we are made in USA, right here in LA.”

He explained that importing into China is key to the somewhat different perspective of American Apparel compared to the US market. “To them, domestic means cheap and not so good.  So [considering that perspective], it makes sense that AA is seen as luxury there.”

The panelists agreed that being in-market is the best way to make sure you can align your filters with the preferences within a certain market. This means making sure US-based executives spend significant time in-market and that the team works with agencies and third party partners that are leaders in those respective markets. Finding a trustworthy person at the executive level is also key – one that balances trust and telling it like it is.

Those are five key takeaways from the fireside chat at GELF LA ’16 – but far from the only important lessons shared by the panel.  We will share more insights from GELF LA’16 in the weeks ahead, but make plans for GELF NYC which will be on Thursday February 9th at Convene in New York City’s Times Square.

Sometimes you’ve got to be there to get all the goodness!