Now that a busy spring commerce conference season has come to an end, it is time to take stock of the lessons learned at some of the top stops for the Ecommerce community; gatherings which included GELF NYC ’17, Shoptalk, PB’s (R)Evolution, Imagine and XChange.

Looking Back at a Thriving First Half of 2017

One of the highlights was the (R)Evolution conference in late April, especially the Cross-Border Ecommerce panel titled “Perspectives from the Front Lines.”

One of our favorite moderators, Meg Higgins, Vice President of Client Strategy and Development at Pitney Bowes hosted the panel. Megan let the panelists introduce themselves and share how their firms started – or are ramping up – cross-border ecommerce.

For the most part, we’ll let the panel’s dialogue stand on its own on merits and will wrap up with some takeaways – and a heads up about our China Ecommerce Study that just launched!

Looking Back – and Ahead

Peggy set the stage by looking back on WWE’s early days of cross-border.

“WWE is global brand with an international subscription network so our ecommerce reach really needed to be global.” In the beginning, WWE shipped internationally in support of it single, US- based ecommerce shop.

“Our initial cross-border problems included our DDU (duties delivered unpaid)-based delivery service, which generated incorrect shipping costs; all of which we absorbed instead of passing along to our customers.

Our big initial challenge was how to fix this problem? We went with the Pitney Bowes Clearpath solution, which calculated duties and international shipping costs in the shopping cart.  By showing the total landed cost upfront, we decreased the losses we had incurred previously.”

Although another result was lower conversion, calculating the correct total landed cost that an international shopper would pay offered a better experience for WWE customers.

“Next in 2012, we went local by starting regional fulfillment within Europe. We prioritized this strategy in part because people wanted their product delivered more quickly and wanted to avoid tariffs.

Next, to beat fraud, we worked to develop more Amazon-like experiences that were modeled on its verified seller program.”

The results? Today over 30% of WWE’s ecommerce is from international shoppers outside the US.

Mitul Shah shared his perspective as an executive in charge of operations at perhaps the most famous store brand in the world.

“Harrods has been late to ecommerce, and our international offering was also lacking. But we know the world has changed and we have learned from our competition about the importance of cross-border ecommerce. Some weeks, half of our online sales are cross-border, and of that, ninety percent come from outside Europe.”

Pete explained that he had arrived in Australia at MYER five years ago from the U.K. retail world.  He noted that cross-border ecommerce-driven imports have really awoken Australia’s retail world. He mentioned that, like Harrods, MYER has also been late to ecommerce, but is now catching up.

How Nordstrom Blends Online and Offline

Megan asked Chris Koeppel to share his perspective on Nordstrom’s international experiences and lessons learned from a customer journey that crosses physical stores and digital commerce.

In Canada, Nordstrom went into the market with a store mindset first and foremost. But the renowned retail brand quickly realized it had an opportunity online.

“Given Nordstrom’s heritage, getting to know the customer in a localized manner was a top priority. Nordstrom has seen an uptick in online returns in-store since launching ecommerce, so it’s clear the customer is being served.  Looking forward, Nordstrom is planning to leverage its expertise in Canada.”

Given WWE’s popular live action format, Peggy spoke to how ecommerce is supporting WWE’s live events on its upcoming EU tour.  The team is already marketing now from both its U.S. and Euro store ­- and is also promoting merchandise booths on-site at its venues.

For instance, WWE fans can now shop ahead online and pick up orders at the venue. By doing so, they avoid waiting in lines. Product is also available via mobile commerce so people can order from their seats as well. 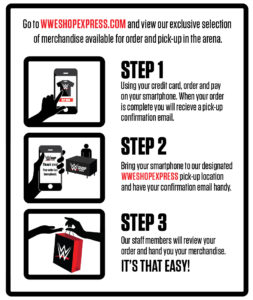 The Growing Importance of the 360º Digital Experience

Circling back to the opportunity to merge the consumer experience in both digital and analog worlds, Chris spoke to Nordstrom’s role as a fashion authority.

“When we think of investing we start with what the customer wants – and not all customers want our traditional service. Some want it online. Being creative with our brand partners is important to bridging the digital and analog as well.”

Mitul also spoke to the 360 degree road ahead. “Harrods is not building more stores, so instead we are making a big investment online now. We really want to sync the offer between digital and analog worlds. So we have also invested in a new distribution center to support our growth for the next five years. Harrods wants to be a leader online.”

Pete took on the question, what technology matters for success as retail goes global? 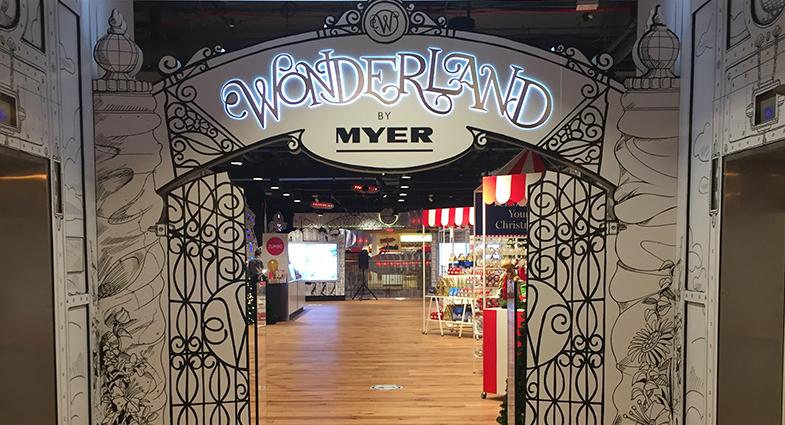 He continued, “Our third major focus is the customer journey and we are trying to build a tribe. So, we are building on our good presence in most of the malls, because in Australia, malls are still a destination.”

Pete also mentioned that his team welcomed Amazon coming to Australia. Among other things, Amazon’s entry will focus his team on mobility technologies, which is key to growth.

He also mentioned that personalizing the shopper experience, especially when people search, is another key area of technology investment. Other areas of investment include curated search, leveraging troves of data, and machine learning, which is becoming more accessible.

“WWE is a very social company with over 750 million social followers and huge numbers of followers via other touchpoints. We use social four ways. 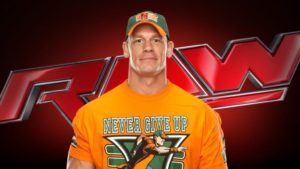 Getting to Know the Chinese Consumer

Pete spoke to MYER’s China initiatives by first explaining that the Chinese consumer is unique, so getting to know them is a priority.

He explained that tourist foot traffic from China to Australia is huge – and so are the dollars.  On average, Chinese consumer spend five thousand dollars on travel shopping junkets.

Their new customer research has identified some distinctive behaviors. When Chinese tourists travel, they are expected to return with gifts.  Typically they love to buy western brands and especially cosmetics.

In general, however, there is a significant language barrier with those tourists that are over forty years old. In contrast, it is easier to communicate with those under forty. Other challenges are that Chinese shoppers are very price conscious and therefore very aware of price differences.

Lastly he added, “WeChat is everything for the Chinese online shopper. They typically like gambling and gaming as well.”

Mitul picked up the thread about the Chinese consumer by pointing out that Pete was right about it being relatively easier to speak with younger consumers from China.

But he reminded us that the older Chinese shoppers have the money – and that these customers like to feel special, especially in the store. To gain older shopper’s trust, Harrod’s has Mandarin speakers on the floor. He admitted however that his team still was not sure how to replicate that experience online. 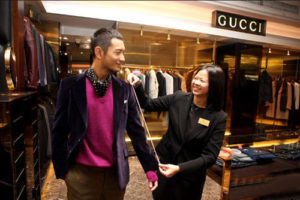 Stores as a Hub of the Global Shopping Experiences

China is a huge within the cross-border community. But opportunity lies elsewhere too of course.

Minal mentioned that the opportunity to experience Harrod’s historic building draws tourists from all around the world, including emerging markets like Africa and Ethiopia. As a result, Harrod’s is investing in innovative ways to extend the in-store luxury experience online; first by using data from its loyalty programs.

Chris said that Nordstrom doesn’t play in Asia, at least not yet – although he did point out that some cross-border online shoppers order from Asia by getting around their site’s geo-fencing technologies.

Nordstrom is another leading global brand that highly values the different customer views that are collected within the store, regardless of location. He explained that even though Nordstrom’s first international store is in Vancouver, their new store in Manhattan is “a very global store full of international customer data and learnings.”

Chris wrapped up the conversation about leveraging store learnings to help drive global ecommerce expansion by stressing that the customer is telling the team at Nordstrom what they want. “We need to listen. When we open our ears, good things happen.”

Peggy told Megan and the audience that WWE will continue with its hybrid approach to cross-border.  This will include hybrid assortments wherein WWE’s Euro site will soon feature 60% of the merchandise sold in the U.S. shop while also included local merchandise too. WWE is also pursuing new deals in India and elsewhere, which may require partnership selling arrangements. 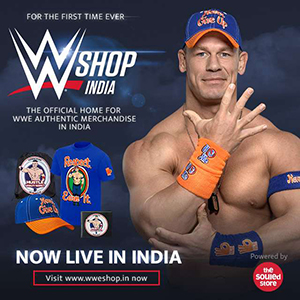 Mitul stressed the importance of his company’s “excitement online, which we have never had before. Our store is amazing yet online will take us to the next level.”

Pete spoke to his own excitement about developing new services for the current customer base – and moving current products across new borders. “Maybe we will even sell advertising to pay for ecommerce.”

There was a lot of excitement about the opportunities that cross-border and international ecommerce offer both newer and established brands seeking their next phase of retail growth.

Thanks for your interest in cross-border and international ecommerce growth – and have a great summer!