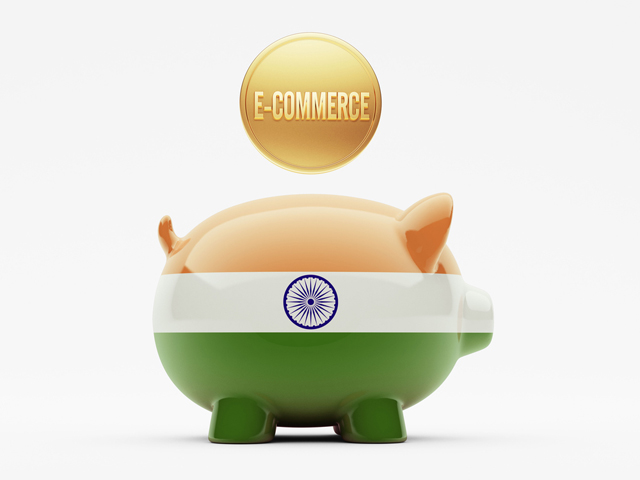 As most of the BRIC crowd has faced headwinds during the last two years, India almost seemed to be the last BRIC standing – and India’s ecommerce community gladly hopped aboard the buzz train.

The Indian e-commerce industry currently resembles an action thriller movie, in which we are yet to witness the climax. In fact, we have barely reached the interval. The story line is loaded with suspense that has five key elements.

It is important to look at the Indian e-commerce market in two distinct groups. The 80 percent market that is dominated by five players — Flipkart, Snapdeal, Paytm, Amazon and Shopclues (and growing) — and the 20 percent market comprises a long tail of 100+ odd functional websites. For the purpose of brevity, the current article focusses on the 80 percent of the Indian e-commerce market that comprises five major players.

Five is a crowd for the size of the pie it caters to. Markets like USA, Japan, China, South America are all many times multiple that of the current Indian e-commerce market. In all these markets there is a clearly established number one player that takes the chunk of the market share (almost half or more) followed by a distant number two. It is not as if these markets were very competitive like India is now to start with and then reached consolidation. All these markets always had two players competing with one player in a dominant position.

This leg room allowed respective leaders in these markets to develop the right business model (that can be monetised early to make profits from operations) and build entry barriers for others in the process. Indian market, on the other hand, due to its competitive intensity early on has not allowed the bandwidth and leverage for the emergence of the right business model. Therefore, the focus of growth and capital deployment of all the five players is on competing with each other rather than on disrupting the retail value chain.

The result is that all five players have to spend money on TV and radio ads to bring customers to their website and compete on prices with limited differentiation. So low is the entry barrier that recently one new entrant with big bang TV ad blitz has entered the ring. This is not a steady state and therefore first suspense element of Indian e-commerce story lies in consolidation among some players and the demise of others.

Indian e-commerce market is also a market in hindsight. It started to grow when all other major markets reached a certain maturity on scale and business model. The two major global e-commerce players — Amazon and Alibaba — even attempted to expand beyond their home markets with a mixed success rate.

Both these major global players look at India as the last market of such scale and size that cannot be missed at any cost. One player is building the India business through internal funding while the other is backing Indian players that have managed to acquire hues of leadership. In no other market both had the luxury of starting at the same point in time (one player always had the advantage over the other). Both don’t want to miss the bus and repeat the mistakes of failing to expand internationally in other geographies.

India will therefore become a playground of these two international majors who will fight it out among themselves and with the home-grown market leader, with every player looking at the other to blink first. This again will increase the competitive intensity too early in the game and therefore will not allow the emergence of the right business model. This is the second element of the suspense waiting to unfold in the Indian e-commerce space.

It is often argued that e-commerce organisations are investing in the future at the cost of not making profits in present times. The trouble is the competitive intensity in the space is not allowing e-commerce companies to make the right investments for the future and therefore losing money today may continue in the future as well. A peek in the current monetisation model supports this point.

Indian e-commerce majors are also in their third (major) year of operations. Currently, 80 percent of the Indian e-commerce market is driven by a market place model that allows the companies to charge a commission (also referred to as take rate) from the sellers for the goods value sold through their platform. This commission currently averages 14 percent. This in affect is the turnover of the players.

In present times, this commission barely covers the marketing expenses of the players let alone make profits. If e-commerce is an efficient platform over brick retail, then the e-commerce channel should shave-off the cost of distribution of the manufacturers that can be as high as 60 percent of the retail price. One will therefore argue why the commission rates are so low.

Why can’t players increase the commission rates? Part of the answer is competitive intensity (with too many players fighting it out) that has kept the take rates low. The other part of the answer is that the e-commerce players work very little with manufacturers but largely focus on re-sellers. A re-seller is a retail store owner who will first buy the goods from manufacturers through a distributor or a wholesaler and then sell it on the website. Therefore the re-seller does not have any scope to pay more than what he is already paying.

In effect the Indian e-commerce market places are currently not disrupting the retailing value chain (not solving real problem i.e. high cost of distribution) in any form and therefore offers little reason for sellers to pay more. Either marketplaces find different sellers types that have the reason to pay more or induce more reasons for existing sellers to pay more. Till then, it will be a big challenge for the current e-commerce players to increase their take rates (hence revenue) from existing business model.

India’s leading travel portal that follows a similar marketplace model for airline ticketing and hotels is listed on the browser. Investors ascribe 0.4 x of the total volume of business the site does annually. It is a market leader and makes some profits. Its valuation multiple is 10 times lower than the value some of the current leading merchandise e-commerce majors command from private equity investors and these players are yet to cross the profit line.

Successful marketplaces globally suggest that there are multiple ways to look at innovating the business model (that can be monetized better through membership fees, high take rates, service fees, etc), but this narrative is yet to enter the board rooms of Indian e-commerce players. Will the Indian e-commerce major be able to innovate their business models is the third key suspense element.

Successful e-commerce leaders in other countries have managed to capture a wider household consumption. For instance, in Japan the market leader Rakuten generates more than one quarter of its sales from financial services. Expanding the offer has allowed the marketplace majors to create customer stickiness (repeat purchase). Nearly ¾th of Indian marketplaces’ sales comes from electronics and fashion. These two categories are less than 20 percent of the total Indian retail market. Will Indian e-commerce majors be successful in expanding their offering activating other consumption categories is the fourth element of suspense waiting to unfold.

One key premise for the Indian e-commerce growth is based on increasing the number of shoppers online (that too primarily through mobile phones). This is absolutely true. However, the other premise that is constantly undermined by Indian e-commerce majors is the supply side constraints of merchandise. There are big need gaps of product availability at price points that drive volumes and customer stickiness. A good example is denims. More than one half of the Indian denim market (by volume) lies at the price point of below Rs 800. However, there are severely limited branded options at this price point.

How can e-commerce view such need gaps as opportunities? Instead of chasing sellers, marketplaces will need to chase products and price gaps. If Indian e-commerce players have to address customer stickiness, they will have to view themselves as retailers and focus on product and merchandise development to overcome such supply constraints. Will Indian e-commerce players be successful in transforming themselves from aggregators to retailers remains the fifth key element suspense.